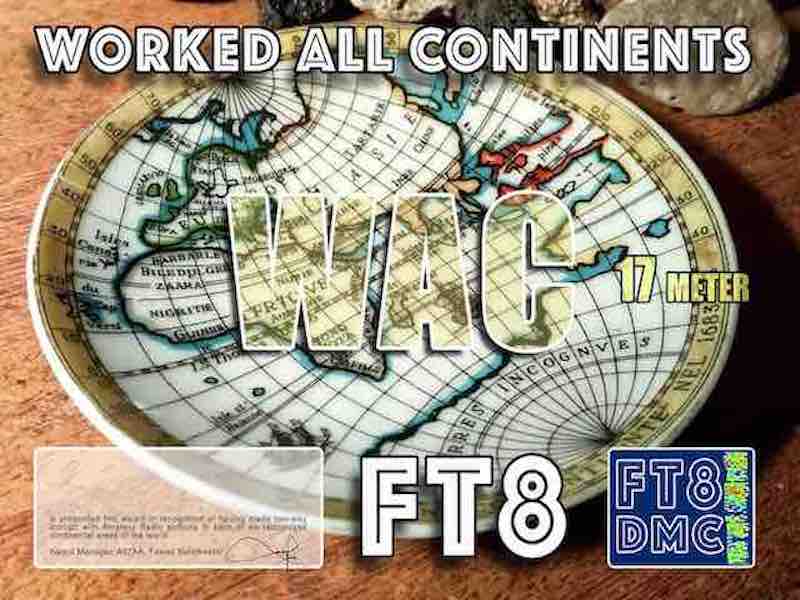 WAC Award Manager A92AA In recognition of international two-way FT8 amateur radio communication, the FT8 Digital Mode Club (FT8DMC) issues Worked-All-Continents certificates to amateur radio stations of the world. Qualification for the FT8 WAC award is based on an examination by the FT8 WAC Award Manager, from QSOs that the applicant has made with amateur stations in each of the six continental areas of the world, which are named Africa, Asia, Europe, Oceania, North America and South America. All contacts must be made from the same country or separate territory within the same continental area of the world. Band endorsements for 6, 10, 12, 15, 17, 20, 30, 40, 80 and 160m available. 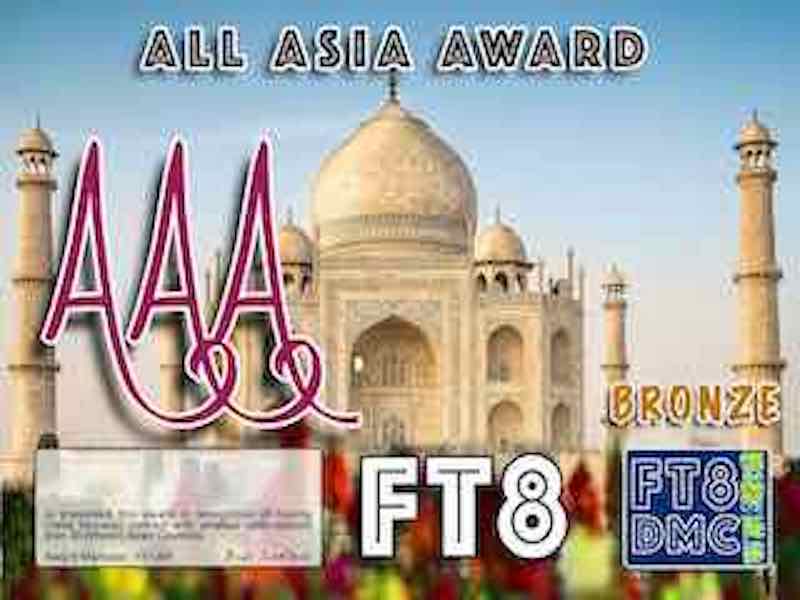 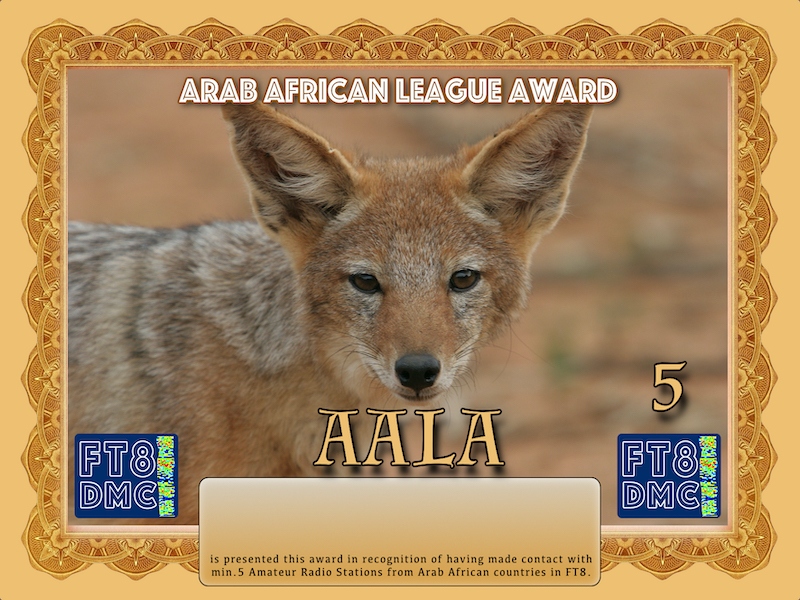 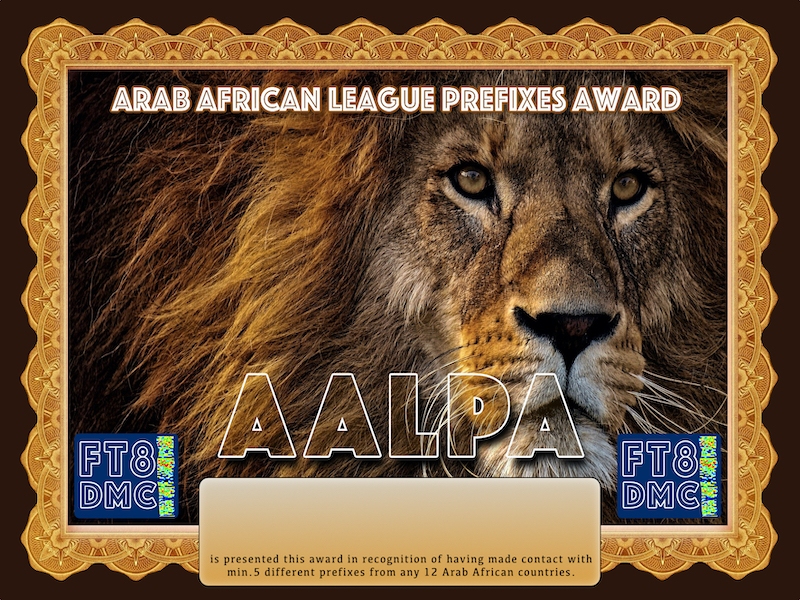